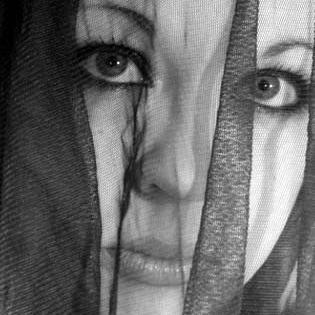 When one asks residents of an average Dutch city what is the biggest problem of their community, foreigners would score high in their responses. Much mischief is being attributed to them, like criminality, drugs, the weak social structure of many a large city and its consequent lack of money. The solution for this is integration. The foreigners need to adjust to the society in which they live which is Dutch. This integration policy doesn’t work very well though. Foreigners, especially Muslims, don’t seem to be interested that much in our way of life.

Hundreds of Muslims are regular patients in my practice of general medicine. They mostly come from Turkey and Morocco. This is because Tegelen is the community with the largest percentage of foreigners in the province and in the Netherlands as a whole it ranks fourth. In the sixties of last century immigrant workers came into our country for the work the Dutch found too dirty or too hard. My former colleague used to do their medical examination before his office hours, when they came from Amsterdam airport very early in the morning. Sometimes they fell on their knees just to be accepted.

In the boarding-houses which were strewn over town in those days they roomed together with several people. They slept in shaky iron beds. Almost every guilder the worker earned was sent home. Only once in every few years they went to their country for vacation. Later on when they got the chance they brought their wife and kids over to our country. They were better off in the Netherlands than in Northern-Morocco or the poor inlands of Turkey. I can only have respect for them and I myself wouldn’t repeat it after them. And I don’t say this because one is supposed to say these things -although nowadays less and less it seems-, but because I really mean it.

The foreign workers and their families always demonstrated a vivid interest for my profession. If there is little adherence to Western culture in general there certainly is no lack of interest for Western medicine. They usually consider it a great good, especially for the children and the elderly. What they can get at home for a lot of money only -and consequently often not at all-, is readily accessible in our country. Language barriers don’t seem to matter much. Father and mother are accompanied by their children who act as interpreters. Or the partner who is longest in the country comes in to translate. In my work I learned to make a distinction between things that are negotiable and things which aren’t. That sounds logical, but in fact it isn’t. In the Netherlands the relation to authority is about yes or really not, a nowith some sort of weakening qualification. A straight nodoesn’t seem to exist. Really not turns into a yes, if one is persistent enough. That goes for native Dutch, but certainly also for people from Arabic cultures. Negotiation is a fun game which is mastered magnificently and the average Westerner is not more than a rag doll in their skillful hands. But still, in my office I try to find a solution to this. The negotiation about the third not strictly necessary antibiotic for the little one this winter I loose, but when the discussion about the fourth comes around I indicate in one or another way that the limits of a regular order are being approached, after which the case is closed. This disturbs in no way the fine relations nor does it affect the trust which has grown throughout the years. The non-negotiable part of reality is something which I cannot influence either. So a no s not blamed on me personally.

In Islamic cultures a large part of daily life is indeed negotiable, but then another part isn’t at all, while at the same time in the Western world everything seems to be negotiable, even matters of life and death, it appears. Otherwise, after all, we wouldn’t need a political discussion about values and morals, as it is encouraged by our Prime Minister. A few years ago in our city a young man was kicked to death by a young Muslim of Moroccan descent after the former made a remark about his behavior on the street. Of course in Islamic society also nobody may kill another person for a trifle. One might be glad to escape with one’s life in sharia law. But in our society it happened that the parents of the culprit defended their son’s deed publically and unrepentantly, because, absurdly enough, it might even work. Their plea was picked up seriously by the media.

The old Muslim patriarchs of our town are probably quite surprised when they see young people racing on their bikes along the shopping mall, driving the old people off the street, and get away with it. None of them would object when the beloved son would come home once without the bike. They might not even object to a pedagogical beating of some decent kind. Children are being pampered at home, especially the small ones, but when they enter into society education in the Islamic world is being carried on together with the community as a whole, the neighbor, the family, the school, the police and the street. This means that the Islamic youth is troubled more by the fact that in our society everything seems to be negotiable. They suffer more negative consequences, because in Islamic society values belong to the non-negotiable domain. The same order reigns behind and outside the front door. The discussion about values shouldn’t dominate our relation with Islam though. Values and ethics are practically the same in Islam and Christianity, apart from some ideologically exaggerated points of difference. In fact values and ethics are not a suitable entry-point for criticism of culture anyway. They shouldn’t be a theme, because they are usually more of a symptom than anything else. If public discussion is always dominated by them, something is wrong already. The cause lies usually not in ethics, but ahead of it. If there is a solution of our problems with Islam it is not in the field of ethics.

The real encounter with the other world lies somewhere else. The Muslim who came at the end of his life into my office for his vaccinations to go on the Hajj, the pilgrimage to Mecca, was an event and a source of inspiration. On the other hand the Islamic youth who is on a gliding slope downwards into the gutter resembles pretty much the Western youth who gives up the source out of which he might live. Eventually there also will be a conflict of values and ethics then, but that is already passed the point where essential decisions have been taken. I once said to such a young man … what would your father say about this, if he was still alive? Do you go to the mosque regularly, did you read the Qur’an? Talk to an Imam … They are too strict for me he said and went away. I didn’t see him for a while after that.

The zenith of Christian thought is the link with Islam, not the nadir of our neo-liberal consumer society. It has no perception of Islam and in the end it won’t be up to it. In the association with Islam the same is being asked of us as in the contact with any fellow human being. A real encounter is only possible if we accept the difference in the other without preconditions, not after we have kneaded him into a shape which is to our liking. As different as we are, so we are meant to be. The entirely different should in fact be enriching and attractive. And after the often admittedly laborious journey to the other the entirely different often turns out to be not that different after all. In the essence of being human we meet each other as the same. The real Muslim and the real Christian never fight. What stands in between them is never Mohammed or Jesus. It is always the devil.

Trying to be respectful to each other while being different, that is the gymnasium of a valuable society as it is meant to be in the Islamic and Christian sense. If that doesn’t happen we can forget about a solution to the problems of our time. On the other hand, if it happens we not only will have peace, but we’ll also find joy in society as colorful as it is. God may keep us from becoming a standard European, or a world-citizen, as CNN proclaims it to us, which is not much more than a robot on the internet. There is no common denominator or a democratic mean, or an integrated human being for that matter. And furthermore a creature which respects values and morals without an idea on which it rests is an idée-fixe. If God doesn’t exist anything is allowed Fjodor Dostojevski already said.

Once I saw on television how one of the princes of the Saudi royal family held office for the people. Anybody who wanted might come. He was a governor of one of the provinces. The majority of requests couldn’t be fulfilled, but at least he seemed to listen. In one or another way it looked more respectful than the customer of the welfare state erring along the counters and offices before he realizes that it is no. If the prince had to say no -and that was to most- he said greetings to your father . It had a certain intimacy about it. Your father will understand . That is the way it is with integration. Integration? Greetings to your father.