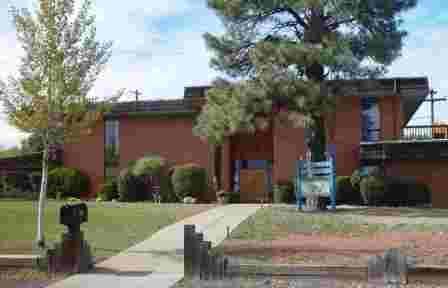 Today I walked into a large bookstore in San Francisco. Even more space than in earlier times was assigned to occultism, magical studies, tarot, voodoo, metaphysics, self-realisation and what have you. The dividing line between psychology and what passes for religion grows dimmer and dimmer. Karl Marx would clap his hands if he saw it -and he probably does- , because in this way religion really does become opium for the people. America seems far away from home, but after all in Amsterdam there is a Scientology-church. And off late a government in the Netherlands fell on the amazing proficiency and skill of a magician from Somalia, all by her lone self (see column Ayaan Hirschi Ali). This feat of arms not only contributed to the Italian-style comic image of Dutch politics, but it also demonstrated the spiritual weakness of it, because whoever falls for witchcraft?

I remembered in this bookstore today also, how in my young years I was in this part of the world and lived here as an exchange student. People knew I was interested in religion and took me to all kinds of eccentric groups and sects. There were quite a number of them on the height of flower power and the hippy-era. Everything of any importance in the world started off in California. Only a group, where some animal, probably a goat, would be slaughtered at midnight, I wasn’t allowed to go to. I never forget how together with a priest we celebrated mass every Sunday in the Newman Center, a catholic student-church. We sat together around a table with the chalice and the bread in between us. If Jesus ever was present himself somewhere, it was there. Yesterday I drove by it once more after all those years. New Hope Church read a sign on it. There are many people nowadays who search, as is being said, especially by people from the churches, with a tinge of hope in their voices. Look and you will find, knock and the door will be opened for you, ask and you will be given … Jesus says himself. Man looks for security. He spends a lot of energy doing that. Many of the modern currents of thought seem to offer that security. The content of their thinking doesn’t seem to matter that much, if it only offers this security by way of any construction which serves that purpose. Man wants to get rid of his doubt. I once saw a map of Europe with drawn on it all the Franciscan convents through history. Already shortly after the death of the saint all of Europe was covered by them. In that time naturally as well they would be inhabited by young people who searched. It won’t have been easy for them either. All their energy and will-power surely has gone into their project in those days also. What would be the difference between them and the young man or woman, who searches in our times, many of them walking through our university towns with his soul under his arm? Why did it work in the Middle Ages and not now? A word from Buddhism might help here … the removal of doubt does not necessi¬tate a blind belief, but little progress can be made on the Path while the pilgrim is uncertain of the end to which it leads. Yet, as Lakshmi Narasu points out, ‘Buddhism does not underes¬timate the value of doubt during the period of investi¬gation.’ Its doubt is of that sort whose whole aim is to conquer itself by high inspiration and inces¬sant toil’

So once there is moment that the hand needs to get at the plow, while at the same time many young people in the West seem to spend a lot of precious time on the decision what plow it should be. Doubt, there comes a time that one should put an end to it. Western intellect flirts with doubt. And if it be left to its own devices it might end up on the wrong spot and in fact it often does, because its discriminating powers should be estimated as zero, especially in the beginning. One doesn’t need to find out for oneself. One doesn’t need to construct and assemble the content of one’s faith. That already has been done in the great religious traditions. The only thing you have to do is to get to know them for yourself. That is already a daunting task, but it is still something else as finding out the wheel for yourself.

In the time of Saint Francis the ideal was clear. One surrendered oneself faithfully and trustingly to it. The brooding and fretting came afterwards. And that was in the sphere of … am I good enough for this? How can I realize this in my own life? Not like … is this still a good ideal; an ideal that fits in our time? Or with whatever questions people tire themselves out or worry themselves to death nowadays.

Much energy is put into searching, while at the same time most of the energy is demanded in order to walk the path that follows choice. The battle commences only after the decision, after the moment of surrender. I stop searching. I stop doubting. Once in a while one has the temptation to tell somebody … stop sulking and fretting and for Gods sake believe in something. Something what one as a doctor irreverently wants to say to a patient in a depression … Stop whining. Make a new beginning. This might sound like a call to obedience and it is, a call to surrendering to an ideal and to the slaughtering of the wicked demon of doubt, for it has no intellectual basis. It only looks that way. It is just unbelief, to which one shouldn’t surrender, but which one needs to fight.
Obedience, isn’t that just one of those monastic ideals? These ideals are mainly being threatened nowadays by a lack of obedience – of all things for Christ’s sake. The question is even whether the other two still mean that much anymore. Take for instance poverty. And look at the exploding number of people with psychological difficulties or the increasing load of medicines that are used against them. The poverty which is demanded in a convent surely is easier to bear. Or even with chastity the case doesn’t to seem to be too worryingly in young people who search, if one doesn’t look all too critically, which one shouldn’t. And the professedly and principally unchaste, the staunch ones -and that is really a difficulty- those are probably not the searchers we are looking for here, because they think they found it already.

So the modern young man or woman who is searching needs to become a monk. That sounds crazy, but he often isn’t that far removed from it as he thinks. Man has to surrender to a spiritual ideal. That sounds already a bit better. The annoying word obedience has gone and a term is being used which is for example typical of Islam, surrender. That is what the word Islam means. In the outer world often not that much needs to change for this to happen. Therefore this isn’t a call to go into an institution -by all means- , because in our times the institutions are not equal to that task anymore. A monastery in the Middle Ages to which people flocked from afar cannot be compared with a monastery in our days.

Begin with it. That is what one would like to say to somebody in distress. Make a pilgrimage to Santiago de Compostella, by foot or by bicycle, as if your life depended on it. And it does. Much of the massive amount of spiritual literature of all religions can just be used for ordinary life. Buy a Bible or a Koran and go to the church or to the mosque. If many a person in poverty whom I know did something like that, I would crawl on my bare knees to the chapel of saint Teresa in our town, out of gratitude, and it is quite far and for the eyes of everybody at that. By the way: only one religion at a time, because a self-concocted mix always goes wrong. And it may be sensible -starting out from a position of nothing- to move towards the religion of your own culture, but I might be wrong here.

Young people want a mega-enterprise, a fight even, but their need for martiality is satisfied to the fullest here, because it is a fight for life or death, but then again it is a battle which makes more sense than the one which many have to fight now. It still can grow to titanic proportions, which can last even a lifetime. But it is challenging and it never depresses anymore. Despair transforms itself into a battle which can never be lost and which is always won and this realization is a miracle for a human being in crisis. He leaves alienation behind and arrives into reality as it is. The ordinary life that lost all its color gets it back in a wonderful way.

Obedience indeed is a heavy and even a fairly ugly word. But the event also has something childlike, an admirable naivete, with elements of innocence and tenderness. Rabindranath Tagore … and today when by chance I light upon them and see thy signature, I find they have lain scattered in the dust mixed with the memory of joys and sorrows of my trivial days forgotten. Thou didst not turn in contempt from my childish play among dust, and the steps that I heard in my playroom are the same that now resound from star to star …
A human being that is moving on these steps doesn’t need to travel alone. A human being in whom such an event is stirring, gets help. That couldn’t be otherwise anyway. Because we are too weak to do it by ourselves, says Saint Paul in his letter to the Christians of Rome and he continues … but the Holy Spirits (Jesus) pleads for us with groans that cannot be uttered. This prayer is apparently of a kind for which even Jesus Himself doesn’t have the words at hand.

If one looks back one can wonder and be amazed once in a while; if one looks back towards all that ailing and struggling. From a distance one might feel pity for oneself, about how one was in those days and then one is on the right track about which Scripture speaks and about which Julian of Norwich says … … after this the Lord said, ‘Thank you for all your suffering, the suffering of your youth.