A few weeks ago I was in Anagni, a small town just outside of Rome. In the thirteenth century there was a villa of the popes there. In it I saw a statue of Pope Boniface VIII. He was the successor of Celestine V, for whom he had written 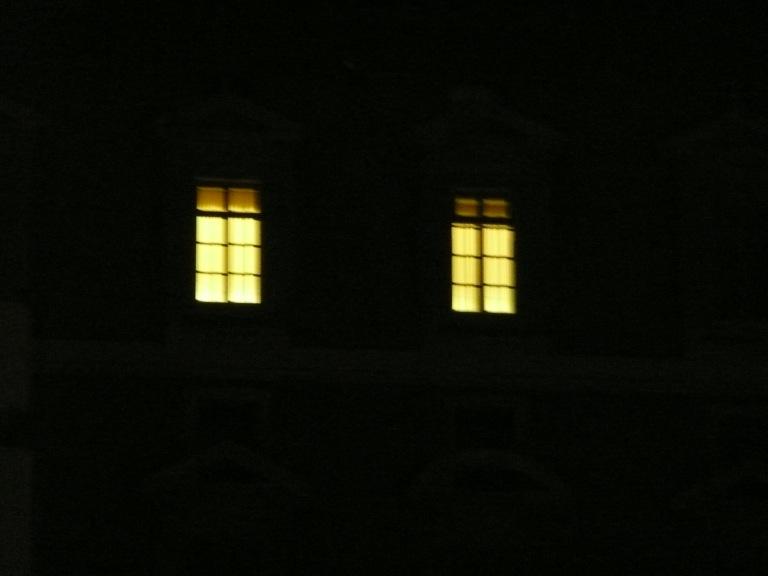 the abdication speech. When Boniface died, Celestine was still alive, and for a moment the papal court was afraid he would emerge again. Besides, it is said that Celestine was treated badly by his successor. Locked up or something.

In any case the abdication of a pope is an extremely rare phenomenon, which makes today a very historical day in church history. The pope made his announcement in Latin during a consistory, a meeting of cardinals. With unmoved prelates at his side, probably because they didn’t understand the Latin right away, not because they knew it already. It is not the question whether or not a pope is allowed to abdicate, a pope can do anything. He is above the law. With many colorful adjectives it is written in the ecclesiastical law books that a pope has all power. There are no limitations.

But it’s also an unwritten law that a pope does not abdicate. It hasn’t happened in centuries. It belongs in a way to the supernatural part of his office. He is the vicar, the substitute of Jesus Christ on earth. And Jesus did not retire either. 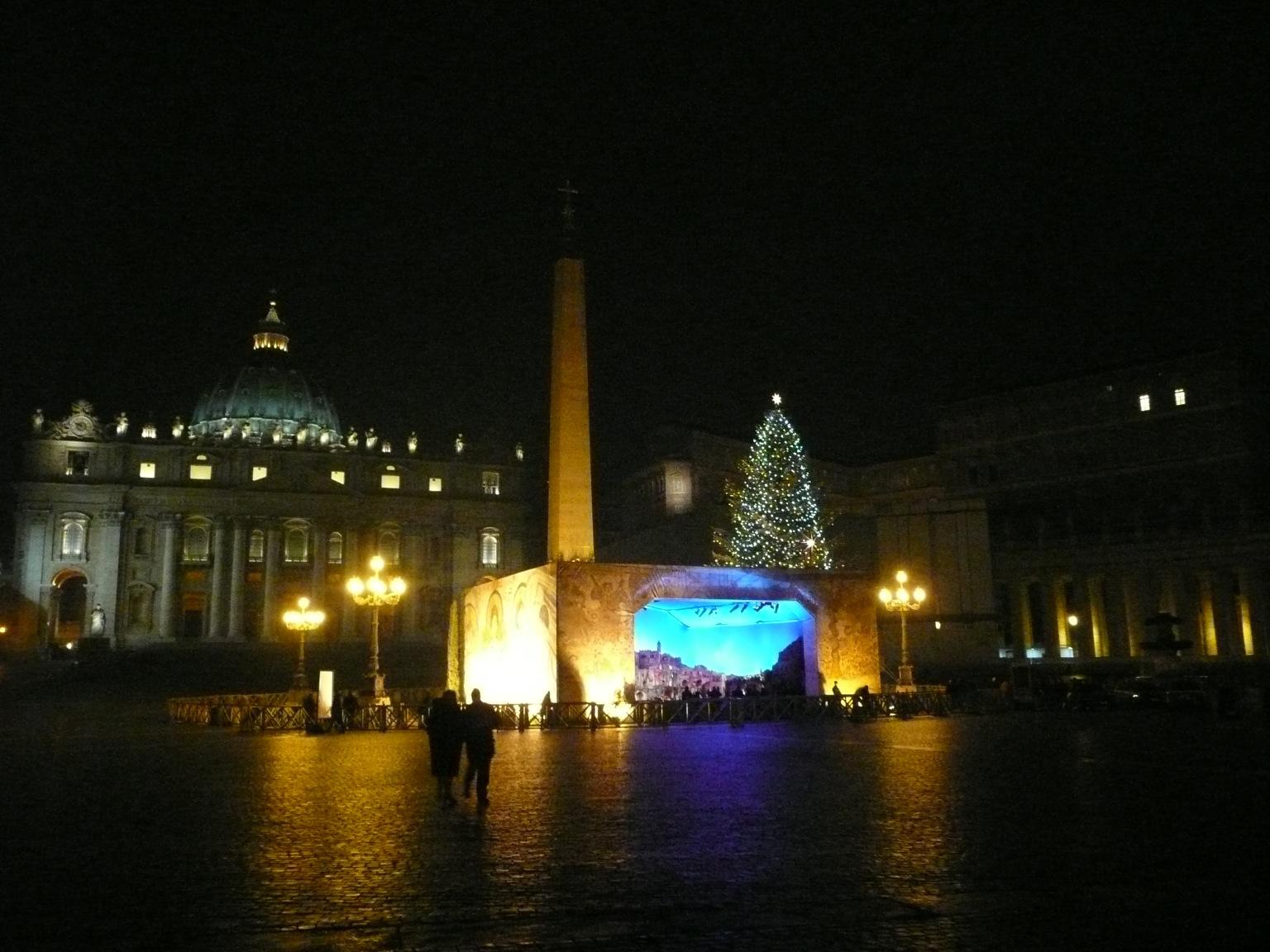 That is why the previous pope felt that he had to suffer it out all the way to the end. Being elected pope is like a sentence for life. The election of John Paul I meant his death. How could they do this to him… his family said, when he was elected. A month later he was dead. The room in which the newly elected pope fits his white robe – it hangs there in three sizes – is aptly called the camera lacrimarum, the room of tears.

The pope names his health as the reason for abdication. There is no cause to doubt that. Recently I saw him up close on Saint Peter Square in his pope mobile. He seemed very frail and small in reality compared to his image on the big screens throughout the square, on which he appeared more healthy and strong. Since a long time he is being driven into and out of Saint Peter’s basilica on a platform, so he doesn’t have to walk. He fell a couple of times already. What also struck me as remarkable is that he made his personal secretary Georg Gänswein archbishop recently. I then assumed that he was planning to arrange some matters before his death.

If one would want to speculate about other causes of his abdication, then Benedict XVI losing control over the Vatican would certainly qualify. That is what the butler claimed who leaked so many documents to the press. It is not uncommon that an old pope loses control. Indeed it happens all the time and it makes way for a conclave to clear up matters with a new pope. I would want to call it the Jeltsin-effect. Boris Jeltsin went to his dacha and then announced that his end was near due to heavy pneumonia. In his villa he would then – no doubt with a bottle of vodka on his lap – sit down in front of the television and would in quiet and comfort consider who he would have to send to Siberia after his miraculous recovery. For such an effect in the Vatican it is mandatory that the pope’s weakness ensues for a sufficiently long time. And sometimes that can be too long a time. About  Leo XIII, who was indeed in office for a very long time, the cardinals grumbled that they had elected a holy father, not an eternal father.

I will take an advance on some church gossip, that will undoubtedly emerge, to make clear that the matter is not at all as important as it seems. With Tarcisio Bertone, the cardinal-secretary, it will be over. He is the member of the curia who holds matters in his hands – that is also what that butler claimed – and the conclave that will cause him to be eliminated is at hand sooner than he thought. This morning he said the news came as a total surprise. For him too. That means he didn’t know, even though he is the highest in office after the pope, the secretary of state and the camerlengo. And if internal political affairs have a share in the pope’s resignation, indeed he might be part of the problem. 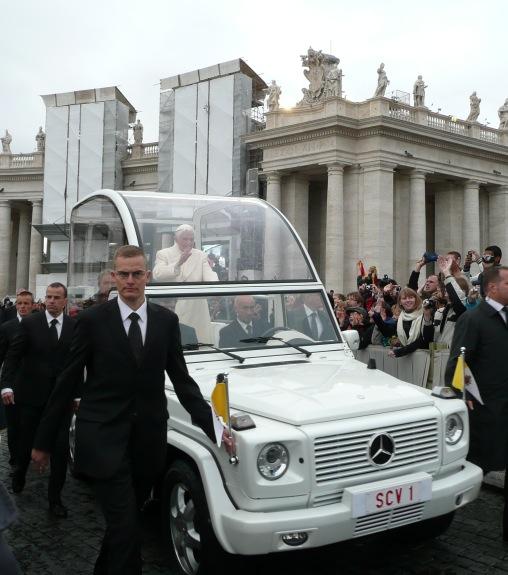 The protocol specialists in the Vatican are probably near desperation at the moment. What to do with a former pope? Will there be a farewell ceremony? What to do when he actually dies? For sure we will never hear anything publically from Joseph Ratzinger again. Back to Germany outside the control of the Vatican? Difficult, for how can one guarantee for example his juridical inviolability? Because hyena’s who are willing to get to him are plenty all around. And what to do about the saying … nothing deader than a dead pope? It means that a pope has all the power during his life, but at the time of his death his successor gets all power and a new era truly starts, for example concerning appointments and reformation of the curia. The new pope has no obligations to the old one. In any case there will be plenty of material for news and speculation in the coming weeks. Knowing, also, that this is history in the making. None of it is very important, but it will most certainly be very amusing to watch from a distance. 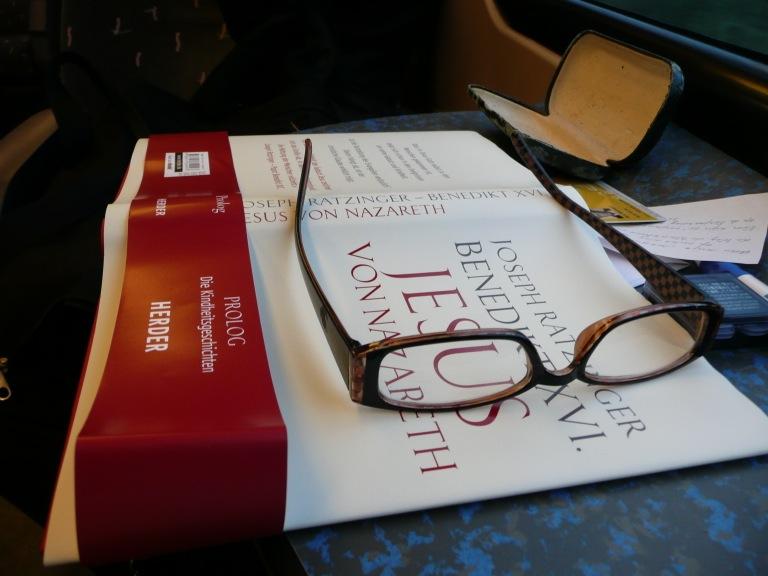 Then the question remains if a weak and sick pope should abdicate. It is known from conclaves that papal candidates who are hesitant because of their health are elected anyway. The previous pope apparently made arrangements in case he would suffer from dementia. Personally I think the argument of a world church needing a strong leader is not very convincing. The essential part of the church is not happening in Rome. It happens every Sunday, and preferably every day in every parish. The church can cope easily with being governed less for a while. Or not at all. There is no harm in that. Communication in our world is much too fast anyway. If an ecclesiastical authority anywhere makes some mistake it is known to Rome that very evening. The consequence is often that ecclesiastical authorities are more concerned about what Rome thinks of them than with any other consideration. Pope Pius XII was only known to most people from an image en profil on the wall. And maybe that is more than enough. So as far as I’m concerned it is fine if for a couple of years there will be little news from the Vatican, with a pope who only prays for the church and hangs around a bit in a chair. The thought of having a new, vital pope every couple of years doesn’t seem appealing to me at all. The church is not a multinational with a manager at the top. 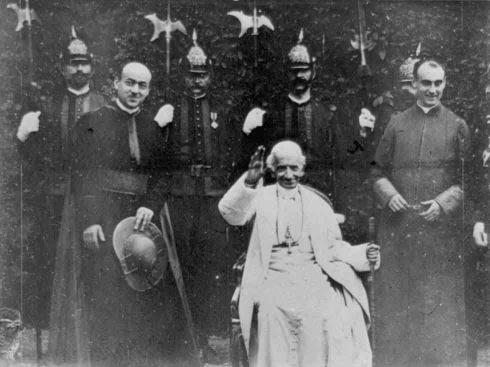 Recently I read the latest and last part of the series of Jesus books by the pope. It is a beautiful and inspiring text. You can feel where the man’s soul is. The papal office must have been a heavy burden lately, especially with a failing health. We must respect the pope’s decision, but I fear the last word has not been said about the matter. He will probably want us to pray for him, so I have already started.